It doesn’t get much better than this. The 2021 European Tour season officially kicks off this week as players arrive at the Abu Dhabi HSBC Championship for the Middle East Swing. With the new season comes new equipment and there has been plenty of new items spotted in the bags of Team TaylorMade.

Let’s get straight into it with the man of the moment and newest member of the squad, Tommy Fleetwood. At the core of his bag is a new (fresh) set of TF-Proto (3-PW) irons with customised ‘Everton Blue’ grips. Moving towards the top end of his bag Tommy went through intensive testing on the range with SIM2 Max driver, SIM2 3 & 5wood and SIM2 Max 7 wood, with impressive results. We caught up with TaylorMade Tour Representative Sam Day after the session, "As someone involved in this, it was amazing to watch the quality in shots and how repetitive Tommy is as a player.”. 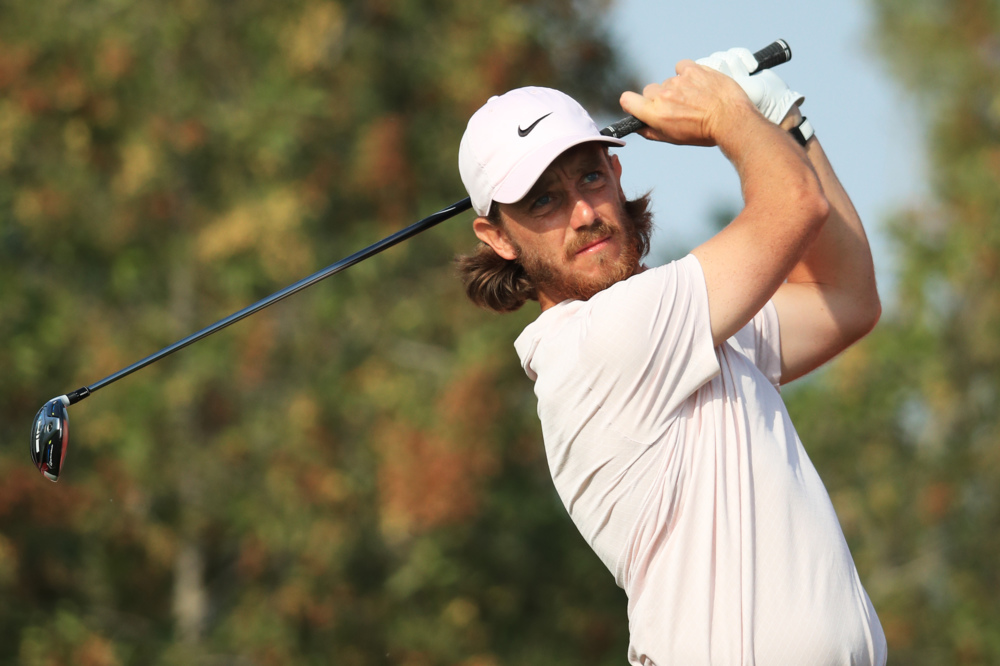 Determined by a mix of on-course testing and range work, Tommy’s settled into a SIM2 Max Driver 10,5° set Lower on 8,5°, once dialled in he put on a ball flight display, turning the ball to his desired ball flight was impressive.

“I worked with Tommy closely as he put our new golf clubs and ball through the most intense testing possible. The ball performed at every level without fail.”
– Adrian Rietveld (Senior Manager - Tour | Global Sports Marketing)

Now armed with SIM2 Max driver he’s one to watch out for this week – plus he’s got a decent track record at Rolex Series events. 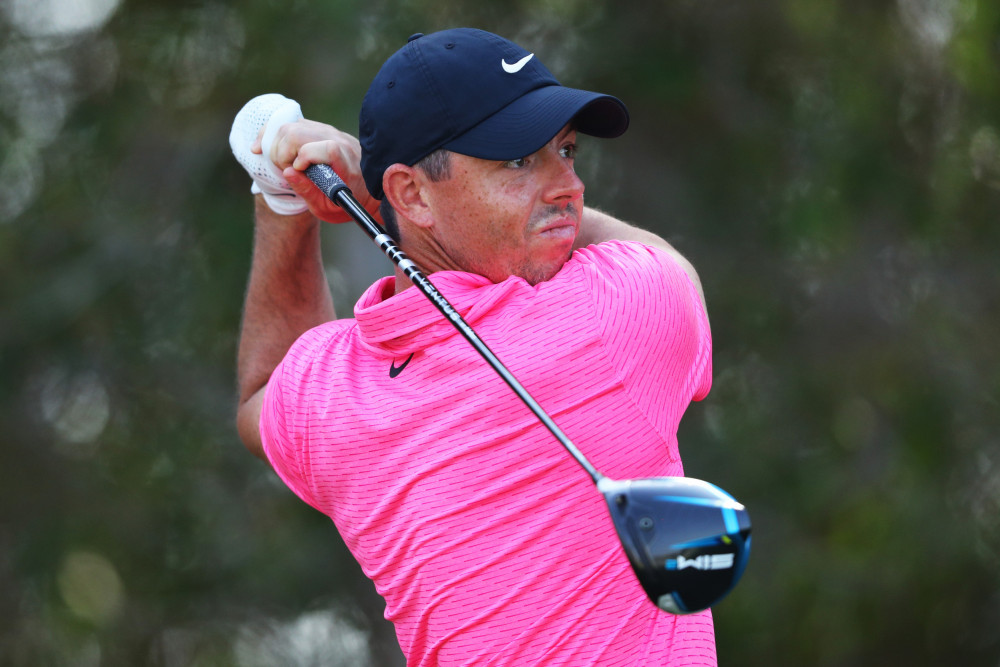 Rory McIlroy’s history at the Abu Dhabi HSBC Championship is well documented. He’s racked up 8 Top-5 finishes in his 10 trips to the tournament, with 4 of those being runner-up finishes. But this week he’s only got one thing on his mind – that elusive win.

“I'm really excited to be back, it's a golf course I've done well at and played well on.”
- Rory McIlroy

Rory came into the week with a pretty much ”Good-to-go” setup. Comparing the two different driver heads of SIM2 and SIM2 Max, Rory found extra performance with a 10,5 SIM2 driver set lower at 8,5 with a little more open face angle and it went straight in the bag. 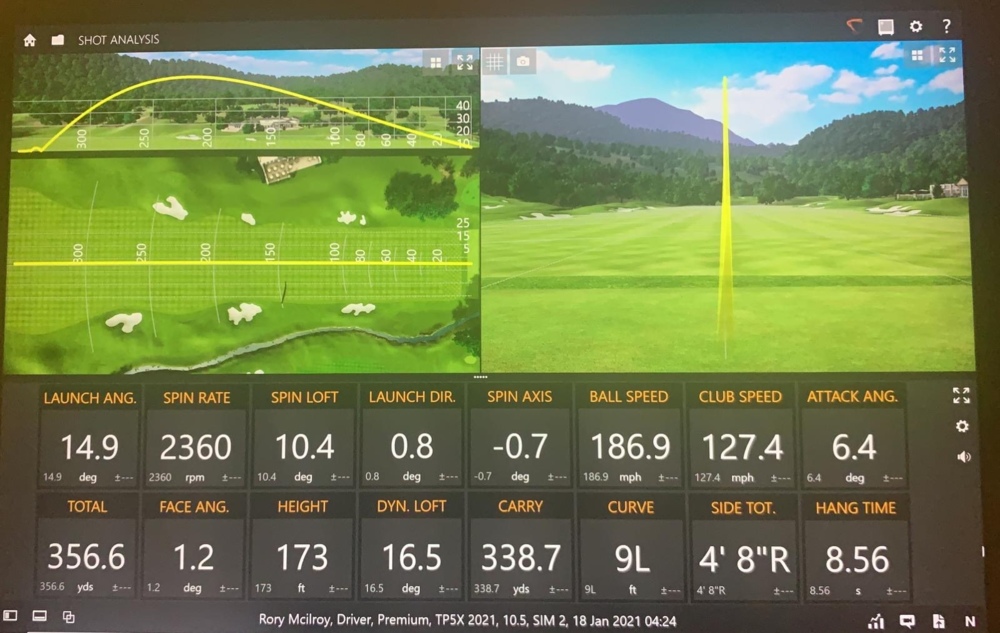 Finding the 2021 TP5x slightly softer than before, Rory’s ball speed throughout the bag, consistency of spin, height and yardage has been impressive to watch. He’s put SIM2 driver, SIM2 3 & 5wood into play and we think he likes it! With an opening round of 8-under par, it's he lowest round at the Abu Dhabi Championship and he currently tops the leaderboard.

Romain Langasque carries nearly the same club configuration that he ended with last season with. Along with other members of Team TaylorMade, he has become an early adopter of SIM2 driver and 3 wood. He’s super impressed with the performance of SIM2 and it went straight in the bag. He currently sits T-4 after an opening round of 67. 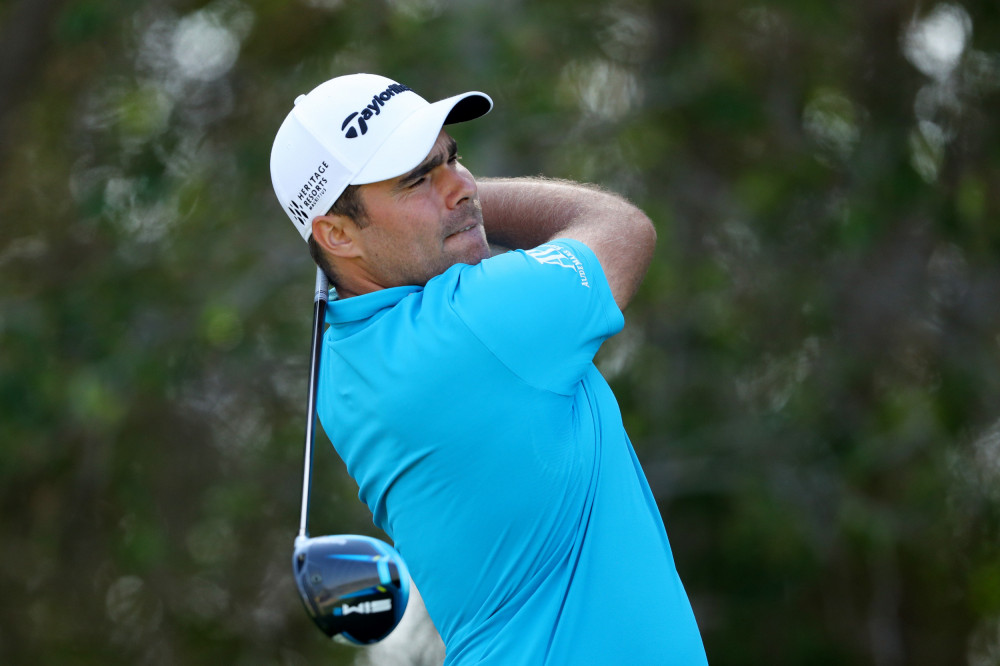 Robert MacIntyre’s also got a few new additions to his bag this week. He’s added SIM2 Max driver, SIM2 3 & 5 wood. We all have that one club in our bag that’s our comfort blanket and for Bob Mac it’s his AeroBurner 3 wood. After an evening session on Wednesday, he made the switch into SIM2 3 wood.

Victor Dubuisson tested SIM2 driver vs. his current gamer. After a couple of swings with the new club, he turned to Adrian and nodded. The smile on Adrian’s face said it all, SIM2 Driver, SIM2 MAX 3 wood straight in the bag. 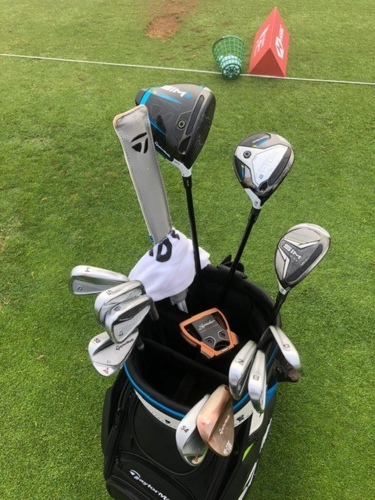 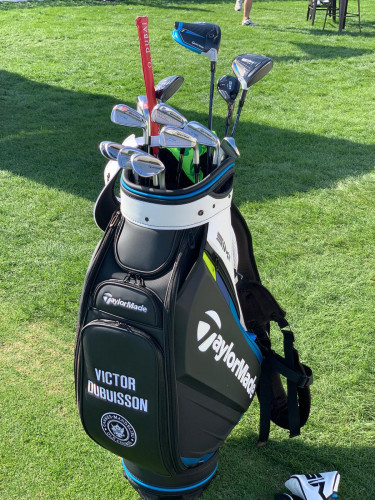