The last thing you want to do is miss the par-3 16thgreen at TPC Scottsdale during the Waste Management Phoenix Open. The 20 000 fans in attendance will certainly be quick to let a player know what they think of the effort if you do.

The call of the boo birds from that small pocket of mayhem serves as background music to the drama and action unfolding on the brilliant green surrounds outside the “stadium.”

That’s why these guys want to show up with their games sharp. Team TaylorMade spent Monday through Wednesday of this week dialing in their gear to make sure they turn those potential boos into thunderous cheers come tournament time. 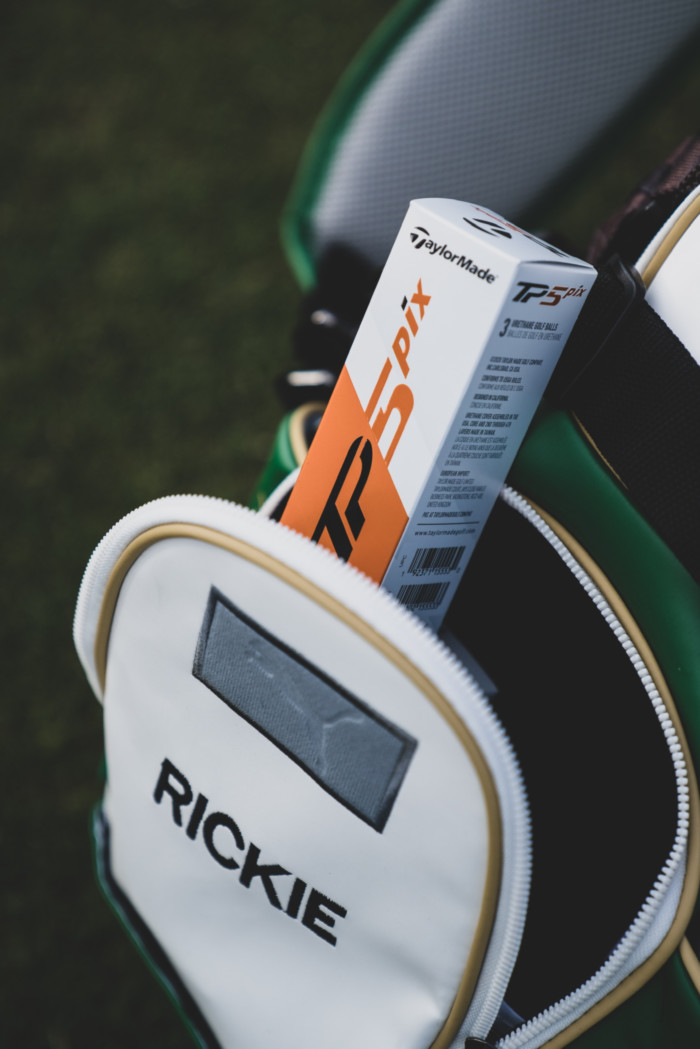 The biggest news of the week came courtesy of Rickie Fowler. Fowler, the defending champ at this event, has the all-new TP5 pix in play. Fowler worked extensively with TaylorMade’s design team to co-develop a golf ball with visual technology that gives you instant feedback around, and specifically on, the greens.

The way the visual tech manifests itself on the new TP5 pix is a result of ClearPath Alignment. ClearPath utilizes multi-color, high-contrast graphics which, when struck, create a solid, visible line that shows how true you hit your putt. In short, it gives you a pretty look at your true, end-over-end putt.

Look for Rickie to game this ball throughout the rest of the 2020 season (and keep an eye out for him on the green so you can see ClearPath in action for yourself). 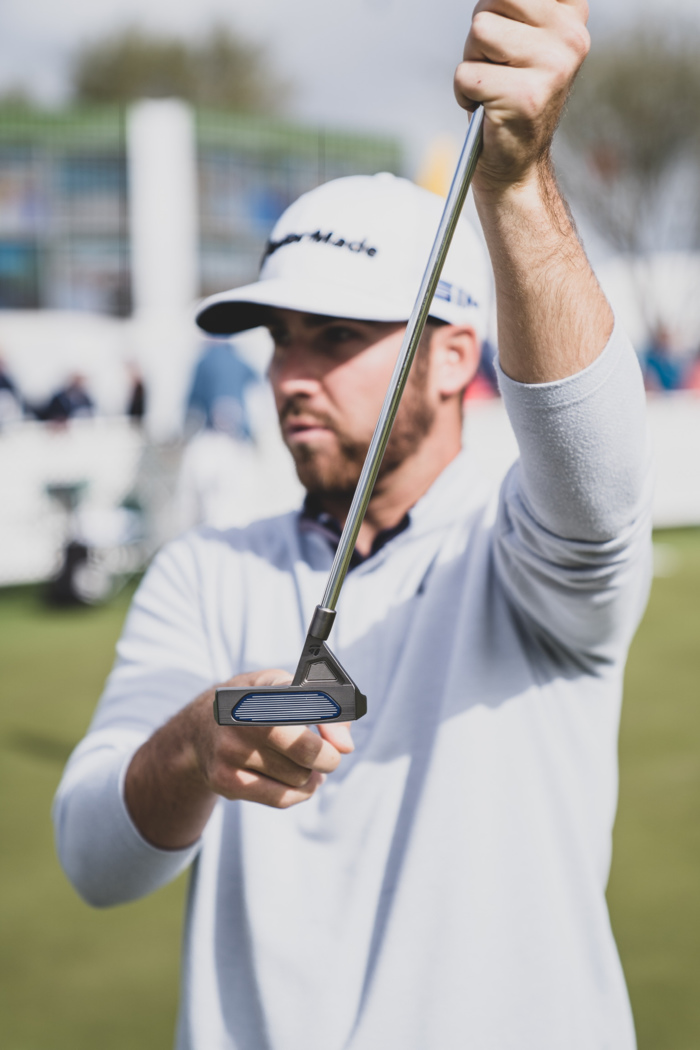 We’ll keep our attention on the greens just a little bit longer, because Matt Wolff is making a change there as well. Wolffie has put the all-new, yet-to-be released Truss putter in play. We can’t give away too much info on that one (trust us, you’ll find out soon enough!) but Wolff is rolling with it in Scottsdale. 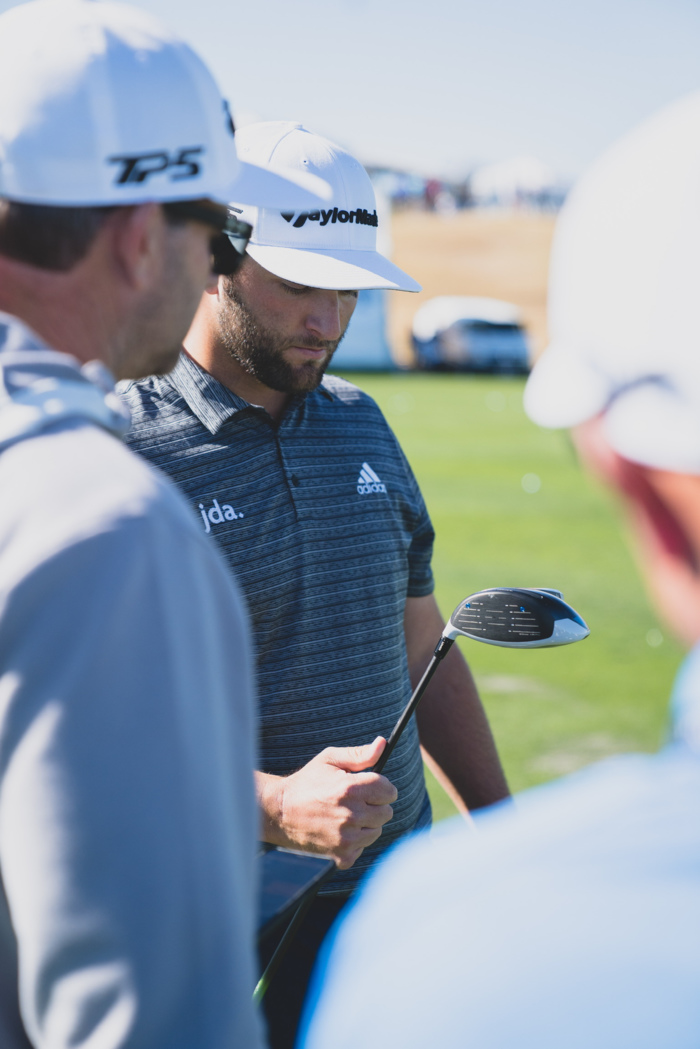 Élargir
Jon Rahm dialed in his SIM driver ahead of this week's tournament.

Jon Rahm has been on an absolute heater that stretches back six (!) months. In his last 12 events on both the PGA and European Tours, Rahm hasn’t finished worse than a tie for 12th and picked up three wins.

Rahm narrowly missed out on claiming the Farmers Insurance Open last week and picked up right where he left off during Thursday’s first round. Rahm shot an opening 67 (-4) and sits in a tie for 13th.

Rahm peppered his new SIM driver up and down the TPC track, picking up +1,048 Strokes Gained: Off-the-Tee on the field. Rahm averaged 324,1 yards off the tee, which ranked seventh for the day, and hit 8 of 14 fairways. He also picked up +1,651 Strokes Gained: Putting on the day. If he keeps that combo up, look out.

This could be a landmark week for Rahm’s career. A win, coupled with another outcome that’s out of his control, could vault him to the No. 1 spot in the Official World Golf Ranking. 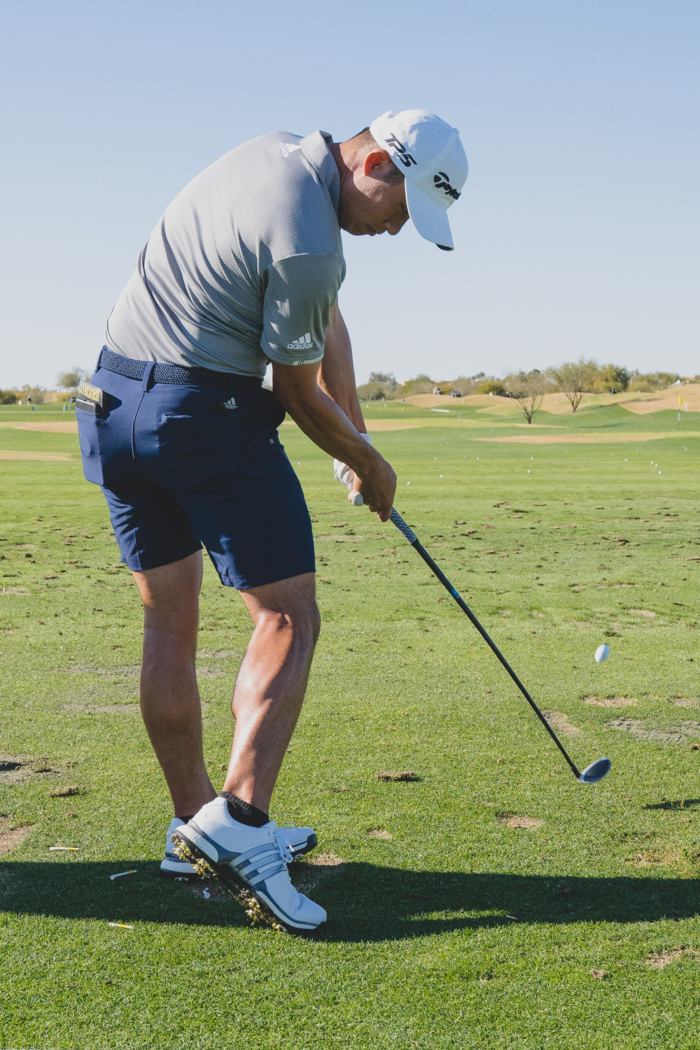 In just a short time, Collin Morikawa has built an impressive professional resume. Aside from nabbing his first win in just a few starts, the young Cal product is making a name for himself as a steady and consistent presence on Tour. In short, the dude takes it low week in and week out.

Morikawa’s current streak of 17 consecutive cuts made is the second-longest active streak on Tour, and it looks like it’ll be intact for yet another week. Morikawa made three birdies and a bogey to shoot a 2-under 69 to open his bid in Scottsdale. He’s currently tied for 32nd.

Morikawa, like Team TaylorMade’s Rory McIlroy and Dustin Johnson, also added the SIM Max rescue to his bag this week.