In 2014, Scottie Scheffler won the Junior Invitational at Sage Valley just 15 miles from Augusta. It’s arguably the most prestigious junior tournament in all of golf, and for his efforts he was rewarded a yellow jacket. This week, he dons a jacket of a different color.

The 25-year-old Texan captured the 2022 Masters in dominating fashion – capping off a meteoric rise to World No. 1 with victories in four of his last six starts and his first major. He displayed his championship pedigree from the start, turning in rounds in the 60s on the first two days of competition – featuring a mindboggling 67 on Friday in challenging conditions that saw much of the field move the opposite direction. He headed into the weekend with a five shot lead.

Cold weather rolled in on Saturday, but it was no match for the hottest player on the planet. Scheffler turned in yet another under-par round (71) and built a three-shot lead headed to the final day. On Sunday, he shook off shaky start by holing a chip for birdie on the third hole. It was an improbable shot, but it shed light Scheffler’s deft touch and clutch short game.

Scheffler’s ascent is undeniably unique: in a span of 56 days, Scheffler went from winless on the PGA Tour to World No. 1 and a major champion. He is sporting a scoring average of 69.45 since the beginning of 2022, no small feat after facing a series of tough courses and one of the most difficult stretches on the schedule.

He entered Augusta with six straight top-20 finishes in major championships, and leaves making it seven straight with a cumulative score to par of 36-under in the majors. That’s the best of any player in that span. Scheffler is also one of just three players averaging 4 birdies or more per round in majors since the beginning of 2018 (Morikawa is one of the other two).

While Scottie Too Hottie (think that nickname with stick?) was the story of the week, Team TaylorMade delivered a strong overall performance. It was a 1-2 finish with Scottie and Rory McIlory claiming the top spots while Collin Morikawa finished 5th. Paired together, Collin and Rory surged up the leaderboard with rounds 64 and 67, respectively. Rory's effort ties the lowest final round in Masters’ history. The duo made matching eagles on the par-5 13th and then went shot for shot holing out from the same bunker on the 18th for twin birdies. Rory climbed to 7-under and placed some added pressure on the finish. 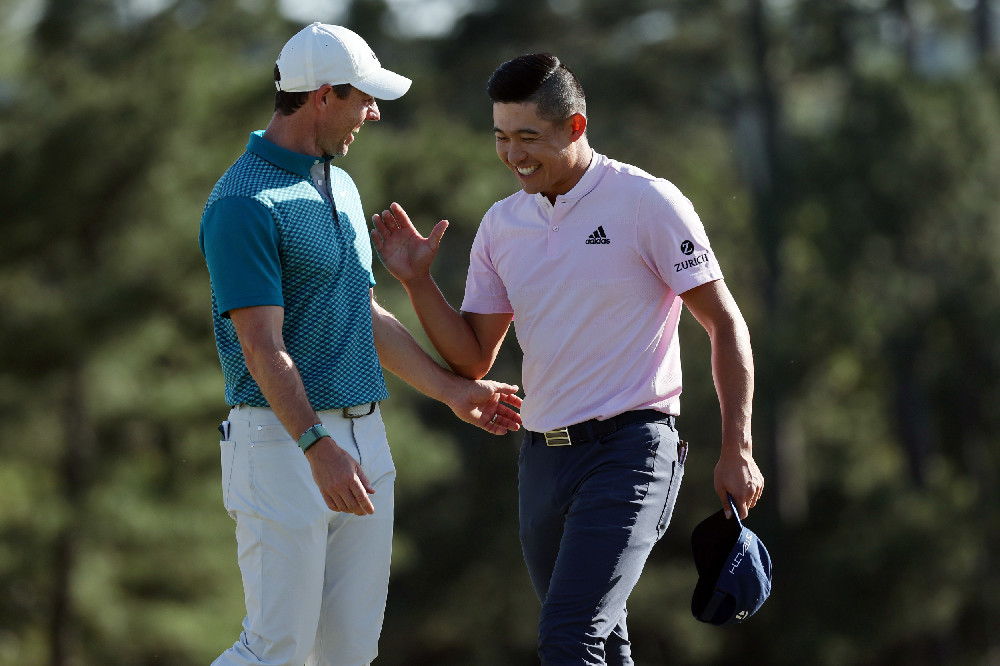 Rory and Collin embrace after holing on from the bunker on 18 to finish second and third, respectively.

Then there's the fact that Tiger Woods was able to walk 72 holes on one of the must undulating courses in all competitive golf. An astonishing accomplishment in own right considering his physical state just a year ago. The golfing world was inspired by his return, and an under-par showing in the opening round gives us something the look forward to. Dustin Johnson, Tommy Fleetwood and Harry Higgs all finished inside the top 15.

The rest of Team TaylorMade put on a show adjacent to Scheffler’s main stage. For a full deep dive into the equipment Scottie Scheffler used to win his first major, hit the link below.

There’s a bit of a debate on whether Scheffler is a “Texan.” He was born in Ridgewood, New Jersey before moving to North Texas at age 5, where his love for the game grew at Royal Oaks Country Club under the watchful eye renowned instructor Randy Smith. Scheffler was a winner at every stage of his career, amassing 90 wins in 136 on the Northern Texas PGA Junior Tour. He was an all-American at the University of Texas, Walker Cup team member and went undefeated in his first Ryder Cup. The former PGA TOUR Rookie of the Year is now a four-time winner as a pro and a major champion. He turns 26 in June. 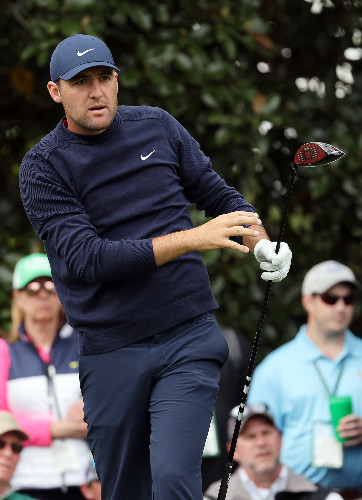 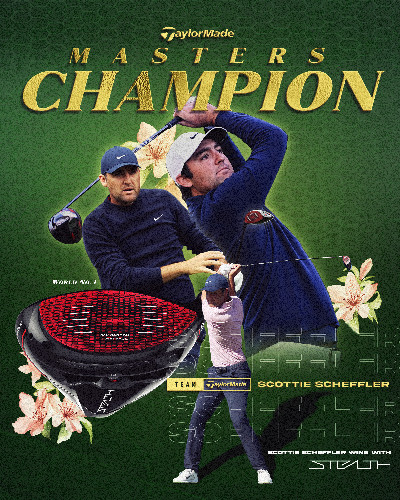