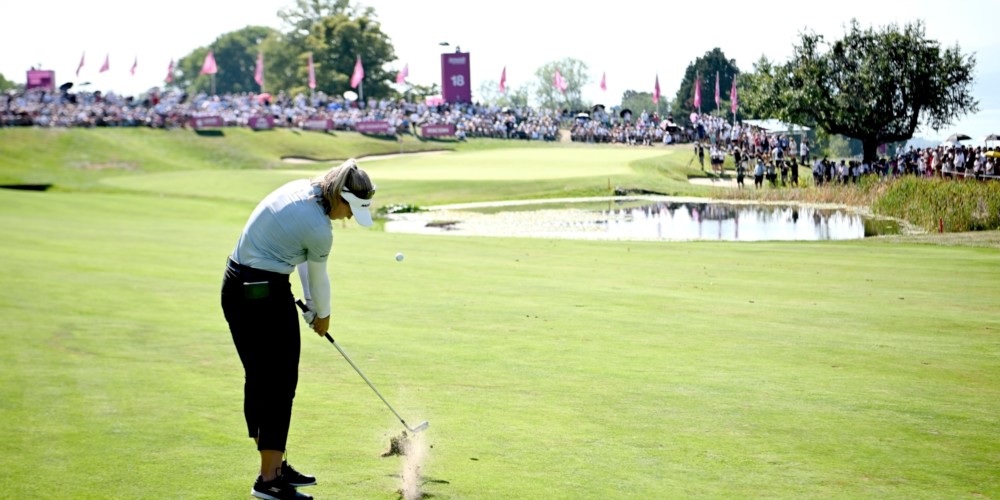 Brooke Henderson is loving life after making the switch to TP5x prior to the start of the 2022 LPGA Tour season. Since joining Team TaylorMade, she's collected two wins and moved inside the top 10 in the world.

Her brightest accomplishment undoubtedly came at the Amundi Evian Championship in France, where she captured the second major championship of her career and 17th worldwide victory. Still just 24, Henderson is a veteran with wisdom beyond her years who, after switching to TP5x, prophetically listed her goals as:

"Getting back to multiple win seasons and chasing the No. 1 spot."

Whelp, she just grabbed her second victory of the year and strong play has her trending towards top of the world rankings. The win at the Evian is her first major since 2016, and down the stretch she showcased the power, precision, talent and grit that helped her splash onto the global scene as a teenager in 2015. 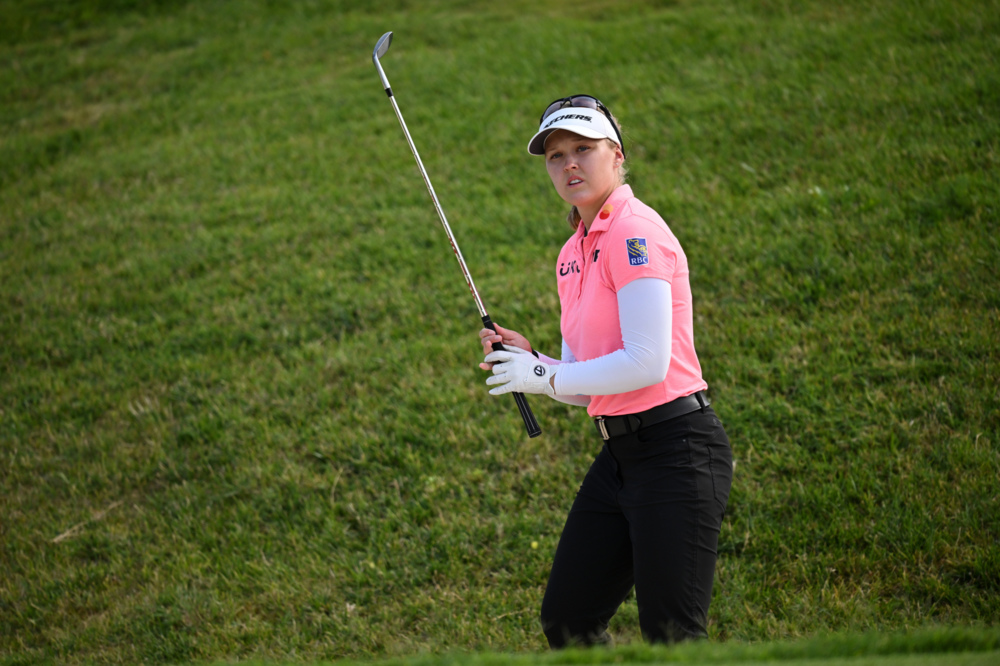 The Canadian wunderkind came out of the gates firing at The Evian, compiling opening rounds of 64-64 before shooting a 68 on Saturday to put her two strokes clear headed into Sunday. After making birdie on two of her last four holes, she marched to the tee box of the 72nd hole tied for the lead and ready to display the kind of final-round heroics you expect of a player with major championship moxie. Needing a birdie to win, Henderson delivered on the 484 yard par-5.

"To make it as a professional and win on the LPGA Tour, you need the devotion, dedication, focus and drive to stride forward and push the limits," she described. "I feel like I've been able to do that so far in my career, and I look forward to continuing for years to come."

Switching balls is a big deal at the pro level. It's a process. Extensive testing is done during the offseason to ensure it performs on every shot. From to the tee, long irons, short wedge shots and even on the greens. The performance must check all the boxes and meet the player's demand.

When Henderson switched to TP5x to start the season, she put the 5-layer performance through the wringer - and was excited by the potential. Among her goals, she listed getting back to multiple win seasons and chasing the No. 1 spot.

How's TP5x helping on that journey? She cited distance gains of a few yards in testing while not sacrificing the feel and spin around the greens. 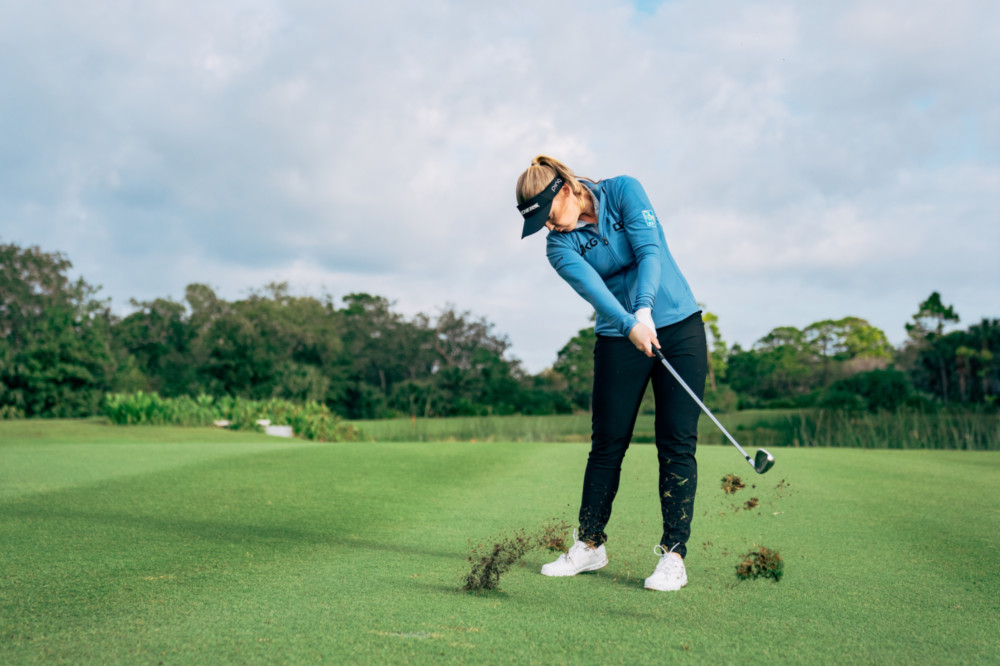 "Right away, the ball performed really well overall. It was eye-opening," said Henderson. "Anytime you can add distance while keeping the trajectory right where I want it to be and have great spin around the greens, that's what you want from your golf ball."

Henderson banked top-15 finishes in her first six starts, including a lone second at the Hilton Grand Vacations Tournament of Champions, before capturing wins at the ShopRite LPGA Classic and now The Evian. That drive to win fueled by a competitive fire makes Brooke an ideal fit for Team TaylorMade.

"To make it as a professional and win on the LPGA Tour, you need the devotion, dedication, focus and drive to stride forward and push the limits," she described. "I feel like I've been able to do that so far in my career, and I look forward to continuing for years to come."

Growing up in Ontario, Canada, hockey was a mandatory part of her youth. She credits her years of playing goalie with helping her develop the competitive drive she carries in her professional career.

"I was carrying around a lot of equipment. So physically, I think it made me a lot stronger," Henderson smiles. "Then there's the mental aspect of being a goalie. You're depended on a lot, and you're either the hero or far from it. Especially in those big games. Coming down the stretch of a golf tournament, when I think back to my goalie days, it definitely helps with the mental aspect." 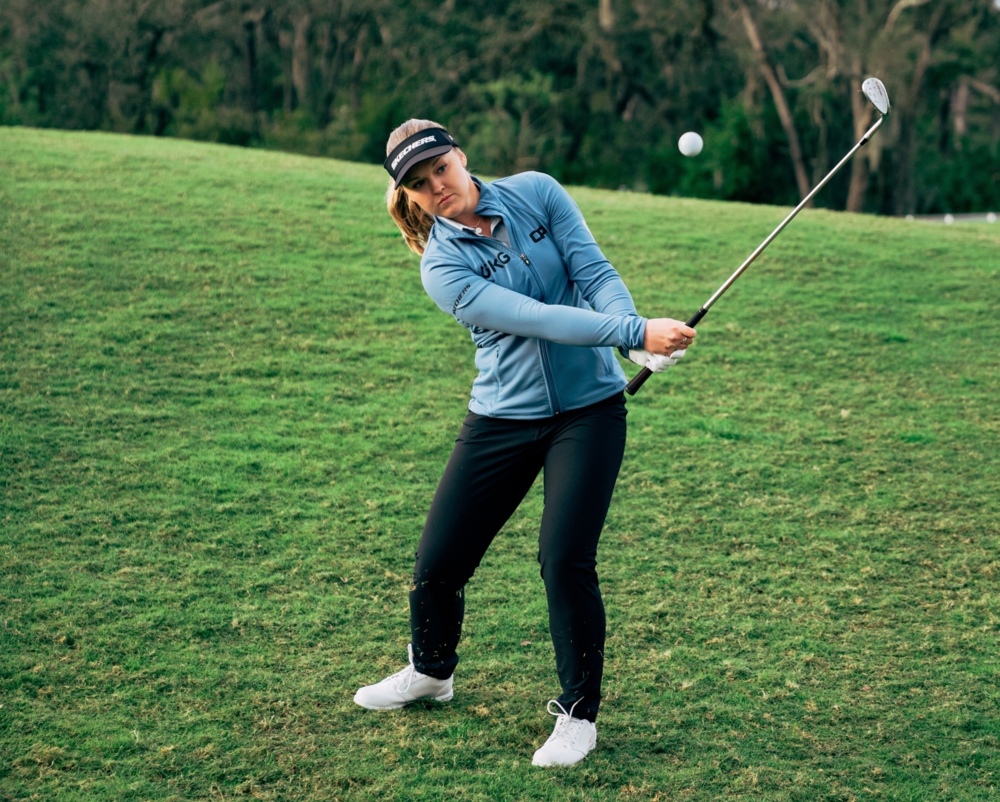 Keeping scores low was her priority on the ice and the course. However, she always opts for the high number to signal her ball. She chose the No. 7 and has stuck with it since turning pro.

"The No. 7 just kind of spoke to me, and the level of personalization you can get with TaylorMade golf balls is another thing I love about joining the team," she said. "I'm excited about what's to come with TP5x and how it impacts my game."

At The Amundi Evian Championship, Henderson claimed her first major championship since switching to TP5x . She also won the ShopRite LPGA Classic earlier in the season. It was her second career major championship, and with the win she moves inside the top 10 in the world rankings. 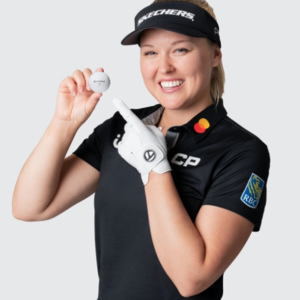