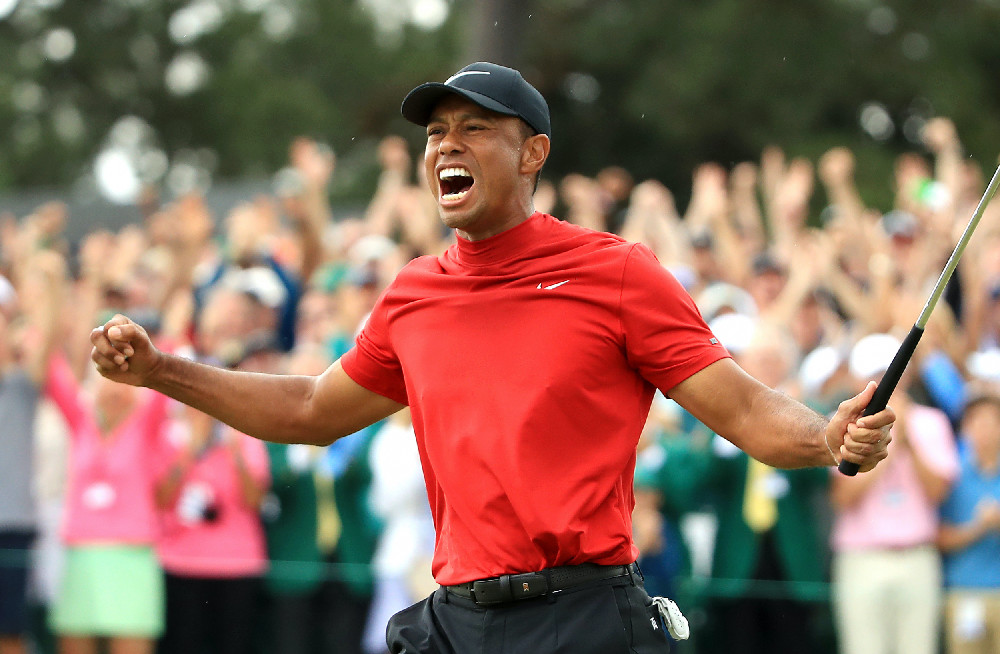 It was a seismic moment in sports. Tiger Woods wins the 2019 Masters and claims his 15th major championship. If you love the game the way we do, you remember exactly where you were the second the putt fell.

Thinking back, it was a bit surreal. Sunday red fully activated and that prowling gait that lets you know Tiger’s in contention on the back nine of a major. As you sit and watch, your nerves are on edge. It’s like you’re the one hitting the shots.

It’s hard to fathom that it’d been 11 years since we last shared in that moment. But for those of us on Team TaylorMade, it was never IF. It was always WHEN. 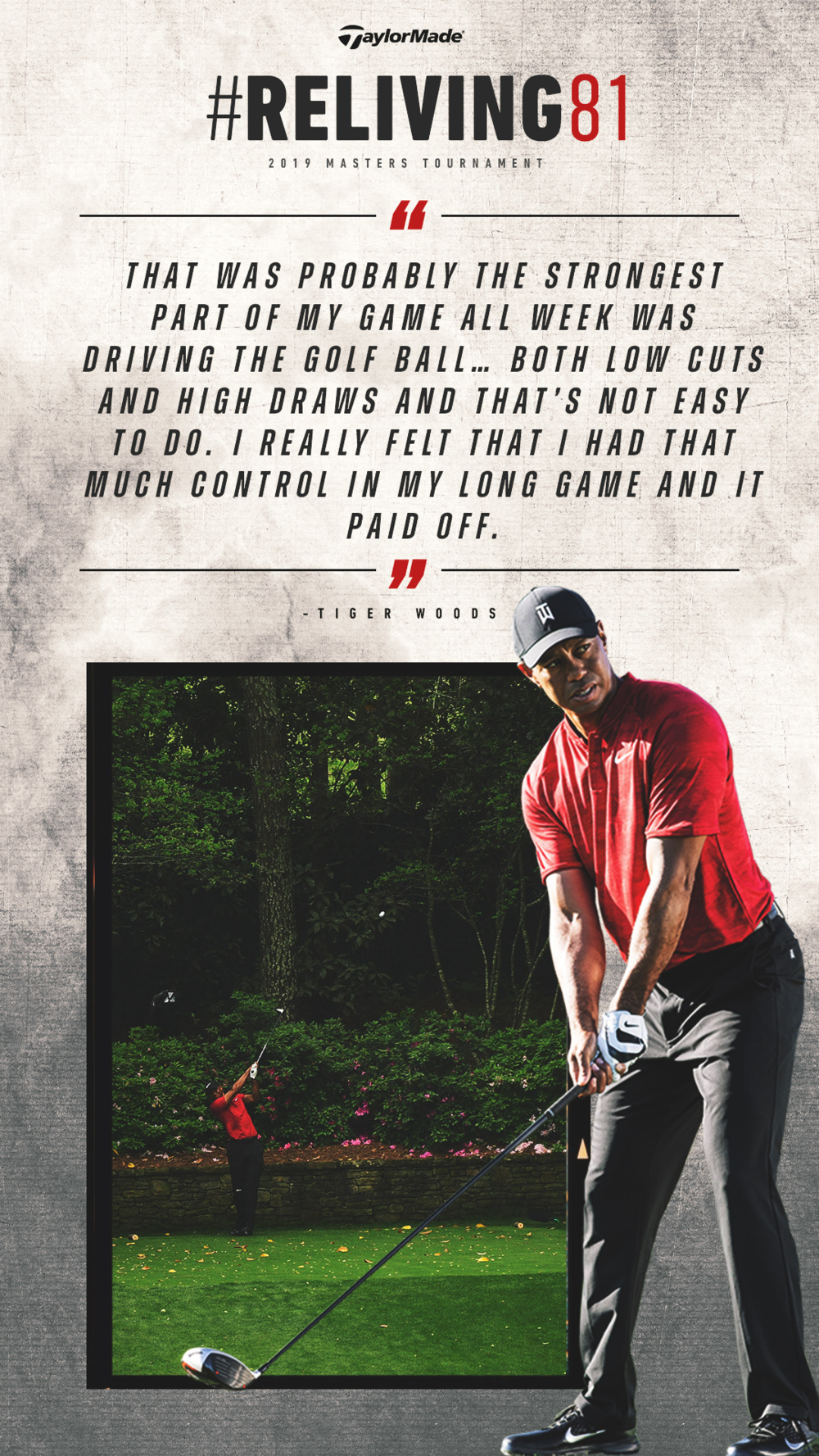 “I remember watching his opening tee shot the first round. He hit a beautiful cut the perfectly road the shape of the hole. There was just so much control, and when he has control of his ball off the tee like that – I knew he was going to be tough to beat.”
Keith Sbabaro, TaylorMade VP of Tour Operations

Headed to Augusta, there weren’t many firsts left for Tiger to overcome. However, adding to his legacy, this was the first time he came from behind to win a major. Entering the final round 2 shots off the lead, he overtook a stacked leaderboard by methodically picking apart the course he knows better than most.

Much like the entire week, his final round was defined by precise iron play. Across the four days he led the field hitting 80,5% percent of Greens in Regulation – bolstered by the final round where he hit 15/18 greens.

Here are key moments from Tiger’s final round.

Coming off consecutive bogeys at holes 4 and 5, Tiger carves a low cutting 8-iron into the 7th green. It comes to rest 2ft from the pin for a tap in birdie. His P•7TW™ irons are engineered with tungsten weights to give Tiger the feel he demands, while helping him hit exact windows and trajectories.

He needed it.
He nailed it. @TigerWoods with a 🎯 pic.twitter.com/JC3NDCJ5rT

Tiger’s crisply struck 7-iron at No. 11 was flighted perfectly. They say if you listen closely, you can still hear it echoing through the Georgia pines.

“That morning I remember spending time playing with my kids. I really got dialed in on the back nine and I started to believe that this was going to happen,” says Tour fitter extraordinaire Chris Trott. “After the shot at 11, I was done playing and all the way fixed on Tiger. Everyone knows what happened from there, culminating in the scene on 18 with his son. Being a father of young kids myself, I thought that was a special moment for Tiger, golf and something everyone could relate to. A great scene that will go down in history, like so many others he’s given us at that venue."

What Club Was That?

With 227 yards to go into the downhill par-5 15th, Tiger pulls a 5-iron. While this shot may get less fanfare than others, Tiger remembers it fondly - calling it one of his best of the day. The hoisted iron shot found the putting surface, leaving him a comfortable two-putt birdie. Tiger took the lead on Sunday of a major.

It Should’ve Gone In

As Tiger reached the 16th tee with the lead, TaylorMade CEO David Ables was locked to the family TV with his three young sons. The 8-iron had been his MVP, as Tiger hit it into 9 greens on Sunday. He wielded it one last time from 179 yards and nearly aced it.

“As he hit that shot, we were high fiving and celebrating from San Diego with our superstar in Augusta!” says TaylorMade CEO David Abeles. “When TW won his 15th at Augusta, we could hear the ROAR 3 000 miles away.”

With a fifth green jacket in sight, Tiger closed with a 2-under 70 to finish the tournament at 13-under and one shot clear of the field.

After more than two decades, he’s still redefining the game and changing our perception of what’s possible. Where will you be when it happens next?